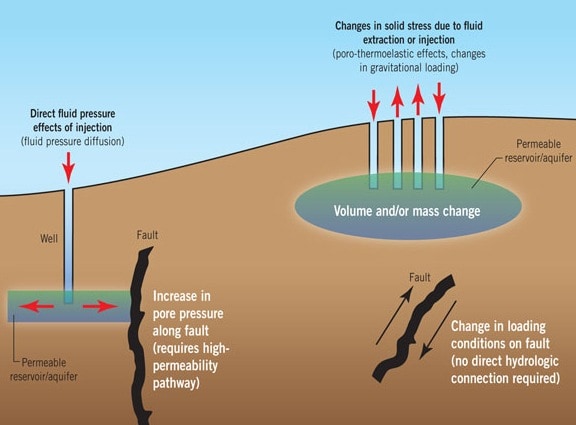 Finally, proof that fracking causes earthquakes. Scientists used radar from satellites to show that five Texas earthquakes, one reaching magnitude 4.8, were caused by injections of wastewater in drilling for oil and gas. In 2012 and 2013, earthquakes — five of them considered significant — shook East Texas near Timpson. A team of scientists for the first time were able to track the uplifting ground movements in the quake using radar from satellites.

A study in the journal Science says it confirms that these were not natural, something scientists had previously said was likely using a more traditional analysis. Study authors note that the technique provides a new way to determine what quakes are man-made.

The shaking stopped when injection of wastewater dramatically decreased. And that’s a lesson that other areas — such as Kansas and Oklahoma which have been plagued with many earthquakes in recent years can learn from.