Since May 2009, the H1N1 virus has been spreading throughout the world. Epidemiological data indicate that the elderly are underrepresented among the ill individuals. Approximately 1,000 serum specimens collected in Finland in 2004 and 2005 from individuals born between 1909 and 2005, were analyzed by haemagglutination-inhibition test for the presence of antibodies against the 2009 pandemic influenza A(H1N1) and recently circulating seasonal influenza A viruses.

In case the cross-reactivity against the 2009 pandemic influenza virus is indeed due to infections caused by the Spanish influenza and/or its immediate descendant viruses in the late 1910s and the 1920s, this would seem to suggest that specific anti-influenza immunity can last for an extremely long time, even a lifetime. 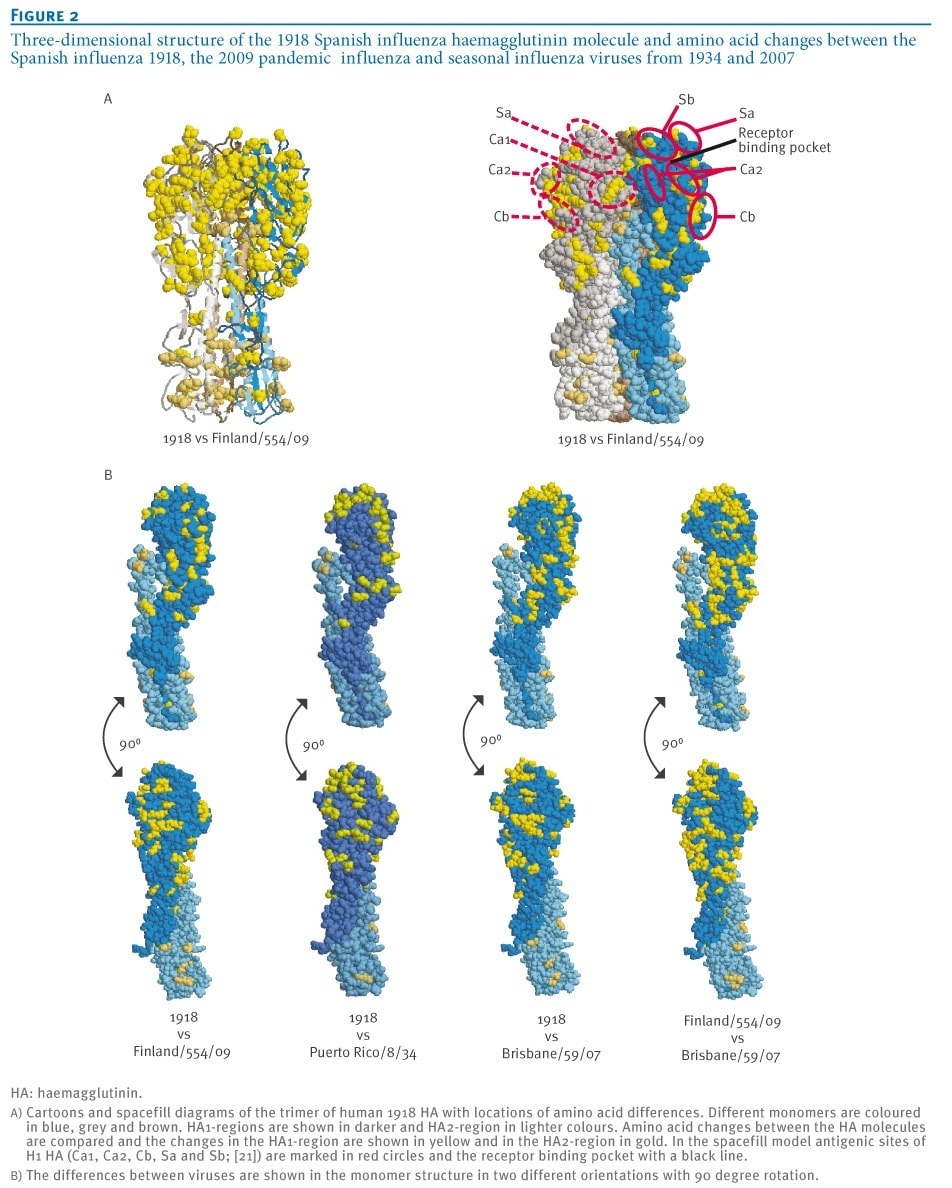