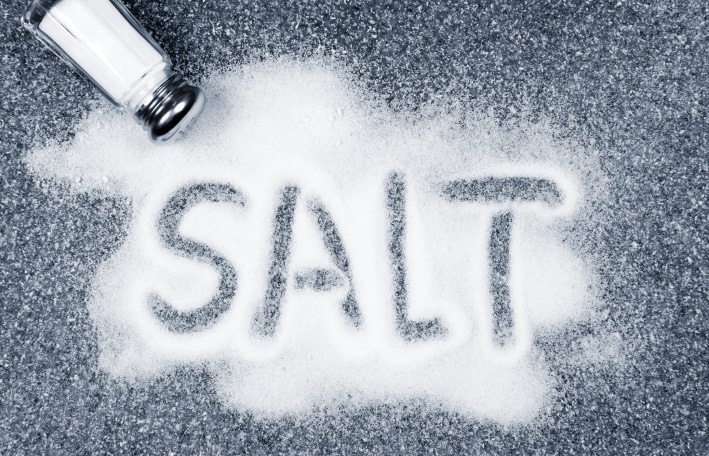 Salt has been around since the beginning of time.  A preservative, a food enhancer and in early times was as valuable as precious metals and even drove humans to war!  And now, new research suggests that salt may be heading towards a new life…a star in the world on infection control and disease prevention.  Salted Doorknobs…Really!

Bugs such as Methicillin-resistant Staphylococcus aureus, or MRSA or drug resistant TB are increasing world-wide. These drug-resistant infections are responsible for more than 700,000 deaths globally each year, and come with an approximate annual cost of $20 billion in the United States alone.

How do you stop them? The usual things have been employed: frequent hand washing is the most common, followed by protective barriers such a gloves, masks and gowns. Another option is to coat those frequently fondled objects most likely to carry the bugs—doorknobs, bed rails, toilet handles—with a special anti-microbial surface. The use of copper is now increasingly popular to prevent the spread of disease however MRSA has been shown to survive even on copper for several hours.

The new hero in this fight just might turn out to be the simple compound…salt. Who knew salt would be leading the great fight? Butchers, for one, who have used it to fight off pathogens like Salmonella for centuries. And it was a casual conversation with a former butcher that led a graduate student at the University of Alberta, to design a pilot study that put salt and copper head to head. Coupon-sized strips of pure, compressed sodium chloride were covered in an MRSA culture, alongside similar strips of antimicrobial copper and stainless steel. He found that salt killed off the bug 20 to 30 times faster than the copper did, reducing MRSA levels by 85 percent after 20 seconds, and by 94 percent after a minute.

Meanwhile, fellow researchers at the University of Alberta have found another potential medical use for salt: this time, as a coating on surgical masks. These masks are designed to trap viruses that wearers are carrying, like influenza, but need to be thrown away after a single use. A recent paper found that soaking the inner membrane of a common surgical mask in a solution of sodium chloride made the mask actually able to destroy the flu virus outright, which could allow for multiple uses.

Stay tuned… salt-covered doorknobs, meanwhile, are already on the market. The tradename is “Outbreaker”. Prototypes have been built by local salt companies—the compression process is identical to how salt licks for livestock are made—compressed and smooth, with a feel akin to ceramics, Whitlock says most users have no idea that what they’re really grabbing is a fistful of table salt.